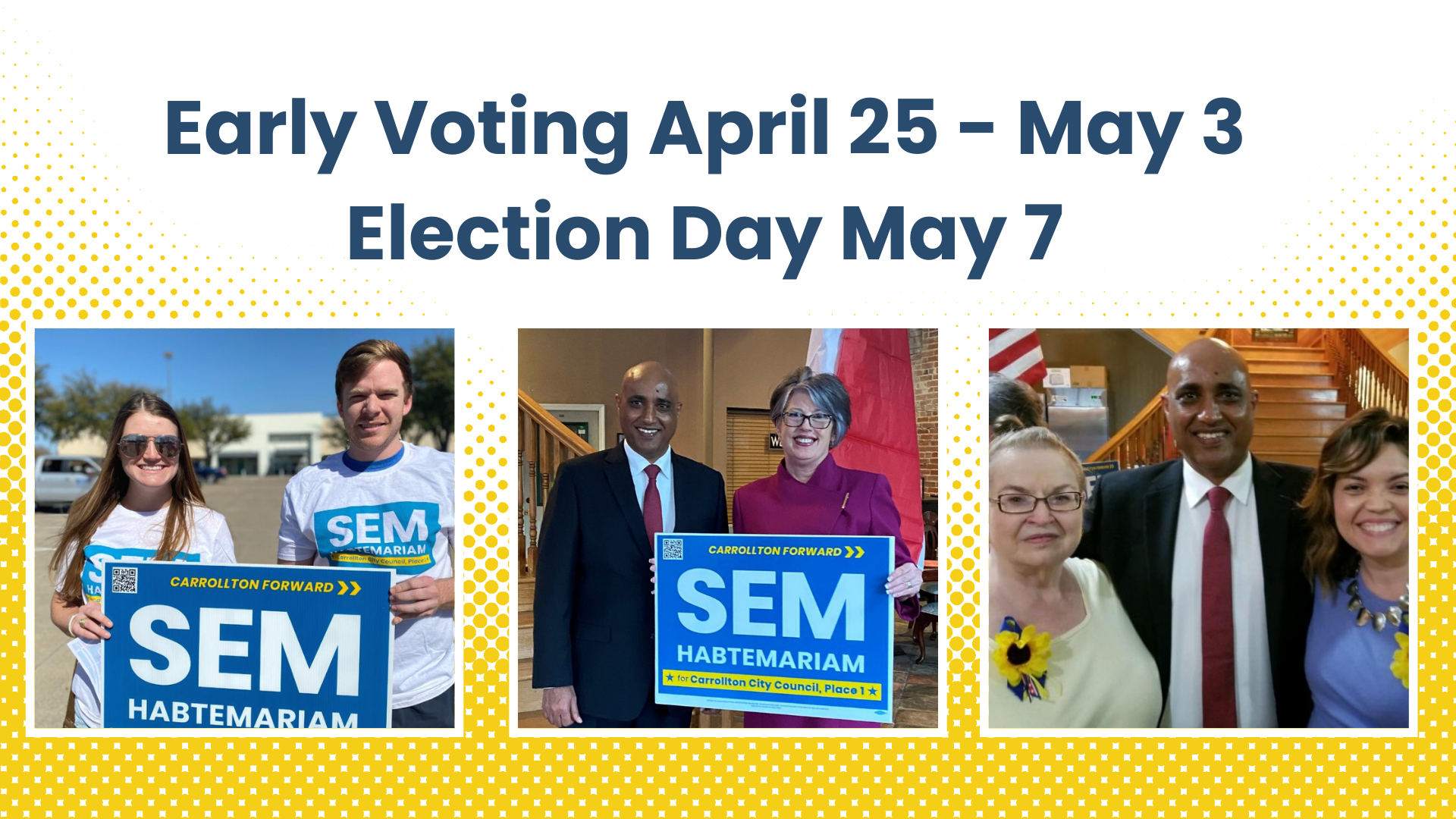 Carrollton has THREE counties all with different locations and hours. Dallas County has not finalized locations but the information is coming soon.

YOU MUST VOTE IN YOUR ASSIGNED PRECINCT ON ELECTION DAY! Find your precinct here.

If you do not have an ID :
Fill out a declaration at the polls describing a reasonable impediment to obtaining it, and show a copy or original of one of the following supporting forms of ID:

• A government document that shows your name and an address, including your voter registration certificate;
Current utility bill;
Bank statement;
Government check;
Paycheck; or

(a) A certified domestic (from a U.S. state or territory) birth certificate or (b) a document confirming birth admissible in a court of law which establishes your identity (which may include a foreign birth document).
Source: SOS

© 2021 Sem Habtemariam | The political Advertising is Paid for by Friends of Sem (FOS).